The Security Situation in the Balkans and Kosovo 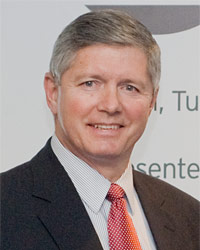 We are encouraged by several recent developments. Croatia and Albania were accepted into NATO in 2009; the Former Yugoslav Republic of Macedonia is involved in a Membership Action Plan; and we have Montenegro close on the heels of that. So there are good-news stories in and around the Balkans as far as security goes.

Our original charter was to maintain a safe and secure environment and ensure freedom of movement. Depending on how you measure success or failure over the last 10 years, we could say that we have been extremely successful because, although the tactical commander characterizes the Balkans on a daily basis as calm and tense, nonetheless, they are for the most part a safe and secure environment and there is freedom of movement.

On the other hand, if you look at the fact that we have been in that area for 10 years and are still there, then you can answer for yourself whether that is a true measure of success or somewhat of a failure. The North Atlantic Council just approved our move from our current operations to a simple deterrence presence, which means essentially that over the next two years, we will go from just under 16,000 troops on the ground to approximately 2,500, which will take us to a minimum-presence role.

THREATS TO SECURITY IN THE BALKANS

As we look at threat disability and/or security in the Balkans and again focus primarily on Kosovo, it can be said that economic stability and corruption are probably the two largest threats throughout the area. We do not find ourselves in a traditional military-on-military role there. In fact, NATO was the third responder to civil unrest and things of a similar nature. The Kosovo police were the first responder, and the EULEX mission is now second. The year 2009 saw a change over from U.N. forces, UNMIK, to European Union forces. There are approximately 2,500 European Union forces in Kosovo and they are actually the second responders. What we are primarily engaged in now is training the Kosovo Security Force (KSF), which stood up as the Kosovo Protection Corps stood down. We are now training them in traditional roles as a security force, including for civil unrest, humanitarian assistance, search and rescue operations, hazardous materials, firefighting, and certain areas of emergency medical care, but we are not training them as an army.

If we want to identify the main threats to stability and/or security, we could list them in three areas: (1) political—the political parties, in Kosovo in particular, form along clan lines, each one striving for primacy through rhetoric and not through physical means; (2) religious culture, which forms along ethnic lines; and (3) economics, which is the most likely cause of instability in not only Kosovo but the entire Balkans region.

Kosovo is the poorest country in Europe, with a 58% unemployment rate. Thirty percent of its Gross Domestic Product is generated by remittances from the diaspora. The country has an inflation rate of 13% and lacks investment in infrastructure—the people of Kosovo, especially in terms of energy, live with 1950s and 1960s technology. The high unemployment rate and instability in the economy pose a large threat and generate organized crime, smuggling, and corruption. So economic factors have a direct impact on other things as well.

I would like to close with three basic takeaways. The first is that in order to have economic stability, you have to have security, and we need to work on that both within Kosovo as well as in the entire Balkans region. The second is that western values and western ways of operating in the militaries will be stabilizing forces in these countries. And the third is that nations want collective security—they need and want it beyond their own national interest.