The Way Ahead for the International Defense Industry 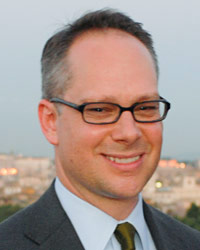 First, I would like to thank Roger Weissinger-Baylon and his team, Al Volkman, and our host, the government of Turkey, a significant customer and one that has been a partner with my company for more than 40 years. Quoting Leon Trotsky about war has suddenly become fashionable. Recently I enjoyed listening to Lord Roberson in Paris weaving into his discussion about the public’s flagging interest in further debates on national security a Trotsky observation that people, even those who consider themselves outside the debate, are keenly interested in war. Over the past few days, I have also been reminded of Trotsky’s rather more pointed remark on the manner of the Bolsheviks’ path to success over the more consensus-prone Mensheviks. He said, “If there had been more time for discussion, they would probably have made a great many more mistakes.”

One cannot help feeling the prescience of those words when one considers the dilemma facing liberal democracies, which require broad consensus, the true strength of our response to many possible threat scenarios, to act in an alliance. If you are a fan of the author Robert Kagan’s latest book, The Return of History, you will immediately recognize the dilemma. Within the defense industry, I believe we sense a turning point in the discussion about the amount of money spent on defense and the case of “topical fatigue” within the general population. The economic crisis has put pressure on all of us for obvious financial reasons, but many citizens wonder about all forms of their armed forces’ active engagements in out-of-area operations and the role of defense in our societies.

CONNECTING WITH THE PUBLIC

The broader debate has spread from people demanding to understand better the threats they are familiar with to, in quick succession, asymmetrical threats, cyber wars, and militarized space. The public is now required to consider all facets of this three-dimensional chess game as governments and industry seek to deal with the demands of operational sovereignty within the matrix of a coalition approach to warfare.

From a U.S. technologist’s point of view, consistent policies, thoughtfully developed and harmoniously applied, are immediate means to connect with the general population. They also enable the U.S. defense industry to specifically address critical and immediate requirements for theatre engagements in Afghanistan, Iraq, or wherever the new crises emerge, demanding defense material resources and agile application of legal constructs upon which political viability for sustaining coalition action in combat and support functions is based. Spending on defense research in liberal democracies is underfunded because the economic crisis exacerbates the existing trend of fragmented and parallel investments to support domestic defense industries.

As the debate surrounding the anticipated Strategic Defense Review in the U.K. underscores, it is a formidable challenge for most nations to maintain investment levels and capability expertise across the board, because demands for investment in hypersonics, stealth technology, UAVs, cyber warfare, militarized space systems, nuclear deterrents, and nuclear surface and subsurface capabilities, to name just a few obvious examples, demand hard coin to keep abreast of new technology trends and demands.

THE NEED FOR CLARITY

Peter Flory summarized my theme rather well when he said, “We must balance the need to share in equal measure with the need to protect.” In frank terms, clarity is required between governments and industry so that we may bring timely solutions to the men and women on the front line. America has a responsibility to address its intentions and rules for technology sharing with partners, and non-U.S. coalition partners need to honestly address their inherent limitations on mission and total capability investment ambitions. As Ian Godden, CEO of British Aerospace Companies (BAC), concisely described to Defense News, “If you do not have growth in defense, at least have consistency. That is what industrialists need. If you have no growth and no consistency, the markets do not encourage investment, and, eventually, your industrial base will collapse.”

If industry is to support the military in meeting the defense and security requirements of our predominantly liberal democratic societies, wrestling with non-state actors, failing states, and authoritarian regimes in all spectra, all governments will have to address the need to honestly engage their polity in a rational discussion on realistic investment levels, implications for operational sovereignty and, ultimately, the impact on national pride over the effectiveness of sustained common interests and security. I keep using the term operational sovereignty, which is something of a catchall, but our experience is that this term means something different for every nation, or, perhaps, every political party within each nation. For the United States, it is a consistent focus on its technological superiority over all potential peer competitors, while for the nations of Europe and liberal democracies as a whole, the issue is closely associated with the determination to obtain access to the latest technology with as little ITAR-connected liabilities as possible, based upon concern over operational self-determination.

American defense companies adapt and respond by developing off-shore subsidiaries and promulgating partnerships that produce non-ITAR technology, though it is best to consider this intellectual property as “ITAR-light,” because all technology emanating from our house, as it were, is ultimately attachable as a “price to pay” within the U.S. DoD budget. This is a complicating factor, often of our own creation in the U.S., frustrating coalition-enabling solutions as an unintended consequence.

SEEING THE CHALLENGES AND SEEING “AROUND THE CORNER”

European governments are now forced to attempt to protect companies from falling into disrepair, either by becoming too small to sustain themselves or by becoming overly dependent upon external sources of defense intellectual property, creating unique and parallel solutions of their own. The A400M program is an example of the risks associated with this situation. Historically, the United States has clearly preferred to spearhead high-intensity offensive operations, and our European partners have preferred to engage in long-term peacekeeping and support operations. This is evolving, with NATO ISAF forces in Afghanistan undertaking difficult, dangerous, and costly “tip-of-the-spear” roles. President Obama, while campaigning for president, postulated that the true test of the role of the American commander-in-chief at this juncture in history is judgment. He framed this concept as an ability to see what America’s challenges are, to be able to see around the corner and anticipate where threats may come from in the future, and to exercise judgment effectively in deploying not just America’s military but its larger arsenal, American power—its diplomatic power, economic power, intellectual, cultural, and scientific power—all of which find focus on the security stage as this administration assesses its posture toward carrying out a consistent defense technology export policy that favors support of the words used to forge alliances with the actions required to ensure success.

In recent visits to Europe and the Middle East, President Obama eloquently framed his own international experience and demonstrated an appreciation for the complexity of transnational threats as well as the simple need for America to foster reassurance among its network of available coalition partners. American security, at any rate, is more than ever dependent upon the manner in which we build strong coalitions and forge resilient alliances. A consistent strategy of defense technology export, decoupled as much as realistically possible from a persistent election cycle, would benefit by empowering the experienced, stable, and existing OSD executive staff to define the opportunities to share and co-develop critical technologies that would immediately begin to answer the many questions of operational sovereignty currently being debated by Alliance partners, partners who have provided proof of their conviction by way of mortal sacrifice, affirming our mutual bridge to a secure and prosperous global commons.