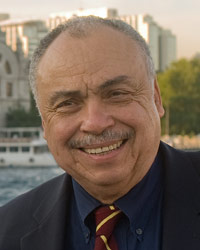 My first real contact with civil-military cooperation occurred some 40 years ago, during the Vietnam War. I was assigned, as a junior officer, to be a special assistant to one of the senior people in the United States Agency for International Development in Vietnam, and spent a total of two years in the country, from 1967 to 1969. This experience gave me my first real exposure to the whole issue of planning and to the failure of planning within the context of civil-military cooperation. It was in Vietnam that this issue really began, when it became evident that there was a need to integrate civilian agencies into the military and integrate military units into civilian agencies.

LOOKING BACK TO LESSONS LEARNED

We talk a lot about Afghanistan regarding this issue, but we do not go back to that earlier period in history, we do not remember. I think it is very important to remember that history because a lot of lessons emerged from the Vietnam period. One of my own views is, and General Joulwan has stated it over and over, that we did not plan. We did not know what the long-term objectives were or what the “end state” should be in Vietnam. We must ask those questions now regarding Afghanistan. We must say, “It is eight years into the war: Do we really know where we are and where we plan to go?” We must use the lessons learned from our Vietnam experience to change the way we go about doing our business now in Afghanistan.

In Vietnam, military people were assigned to AID. In fact, the director of our health programs for all of Vietnam was a career U. S. military officer. We also had civilian people assigned to the military and integrated into a CORDS organization, which was a development support program targeted at improving the quality of life in the rural areas and led by provincial representatives; some of these representatives were military people, civilians, foreign service officers, and AID people. This was a great experiment in integrating civilians and military people in terms of trying to win the hearts and minds of the people. When I heard that phrase used today at this conference regarding Afghanistan, it took me back to some 40 years ago, because that is the expression we used: “trying to win the hearts and minds of the people.” But we did not have a clear idea then of how to go about to achieve this outcome.

Another important point concerns the Provincial Reconstruction Teams that we have been talking about at this conference, how they operate, and some of their problems. In Vietnam, we had a similar program called the Strategic Hamlet Program, yet we do not talk about that program’s experiences and failures and how it could have been managed better. When I look at the organizational structure of Provincial Reconstruction Teams in Afghanistan, I am concerned, because even though I do not have complete knowledge about them and have not seen these teams in operation, just looking at the diagram of how these teams are organized concerns me, because the organization is very military-oriented and not very civilian-oriented. The organizational diagram points out logistical support and engineering, but most of the boxes on the diagram are very military-oriented. I do not see anything about agriculture, I do not see anything about water and I do not see anything about health.

THE NEED TO RE-ENVISION OUR PROGRAMS

We need to take another look at how we perceive such things and how we envision programs. During the 1990s, discussion of the integration of political and military activities in multinational efforts toward conflict management and resolution leaned toward multinational military forces taking on humanitarian roles. In Bosnia-Herzegovina and Somalia, it was thought that such a trend would weaken impartial and neutral humanitarian efforts in the minds of both the warring parties and those who would benefit from such actions. Armed forces became somewhat unwilling and unable to meet the humanitarian challenge in those two countries, and it was not until the late 1990s that we talked about the question of civilian action and of involving NATO forces in this kind of action.

I would like to look now at what some institutions have said about civil-military cooperation and how it could have solved some problems. An article appeared in a brochure published by the Institute of Land Warfare in which the institute evaluated what had been done so far in this type of cooperation. It pointed out two shortfalls: insufficient response capacity by civilian agencies and inadequate planning and coordination by governmental agencies. In Afghanistan, reconstruction activities have been based on reconstruction teams, including both military and civilian personnel. But when the teams were first formed, civilian agencies did not have either the personnel to staff them nor enough funds for reconstruction projects. Military personnel often had to work with limited expertise and with little funding authority. In Iraq, relationships have been difficult between civilians in the Coalition Provisional Authority and their military counterparts in Combined Joint Task Force-Seven. Problems have included unclear lines of authority, cultural issues brought about by planning and decisionmaking, and disagreement regarding the division of labor between civilian and military units.

In both Afghanistan and Iraq, improvements have occurred, but they were slowed down by no advanced planning, poor coordination, and poor execution. When the military turned to civilian agencies that had the expertise they needed, these agencies did not always provide leadership or advice. Funding was in such short supply that the Secretary of Defense asked for and was given authorization to transfer funds to the State Department for stabilization and reconstruction activities. With so few civilians available, armed soldiers and marines were often the only Americans local people saw, which alienated some of them as well as international aid organizations. A larger civilian response capacity and better interagency cooperation were clearly needed.

And these problems have continued. From what I have heard in the discussion here, a lot needs to be resolved regarding how civilians, military organizations, and civilian agencies operate together in the various conflict areas of the world.

What does this mean for the future? It is never too soon to plan in an integrated manner, not just with the military, not just with NATO, but with multilateral organizations, civilian agencies, and civilian organizations. We need to plan a process that will get us to the end state we want. We need to seek common ground, learn where our interests coincide, and learn about the things we have a mutual desire to do. We must ask, Can we develop a common vision, a shared goal? Can we decide what our objectives are and, when we disagree, decide that it may be good to have disagreements? We also need to define roles in regard to the people we are trying to assist: What is the military’s responsibility? What is the government’s responsibility? What part should civilian organizations play in the process? If we consider all of these things, even after eight years in Afghanistan, there is hope. But if we do not, we are headed for failure.