Dealing with the Challenges in Afghanistan and Pakistan—How Can the International Defense Industry Contribute? 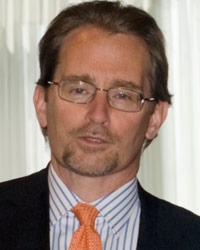 I would like to define our topic as follows: how do we-NATO and industry-develop and deliver capabilities for the missions that we, at NATO, have taken on, in particular the ISAF mission in Afghanistan?

The first point that we need to hit is the financial and strategic context, which I define as two “not enoughs” and one “too much.” The first “not enough” is not enough money. Even before the financial crisis, only five out of the then-26 NATO Allies met the 2% target of GDP, and a number of Allies were way below that. And within that money there is not enough investment; specifically, too much money relatively speaking is spent on personnel and not enough on procurement and R&D. In European defense budgets, 21% goes to investment versus 52% to personnel. Obviously, when you talk about a large number of defense budgets, some of them have a better balance, some have a worse one. But four NATO Allies, for example, spend over 70% on personnel. This is not a good balance when it comes to procurement and capability.

Also, this “not enough” money is not necessarily spent in the right way. Or, it is spent on too many programs. General de Gaulle once asked, “How can you govern a country that has 246 different kinds of cheese?” More relevantly for our purpose, President Sarkozy asked, how can Europe afford five surface-to-air missiles, three combat aircrafts, six attack subs, and around 20 tank programs? This is the context.

What are some of the solutions to this situation? One is that, even in these challenging economic times, it is important to hold the line on defense spending. We owe it to our soldiers, we owe it to the missions we take on, and we owe it to the people of Afghanistan and the Balkans and all those on behalf of whom we take on these missions.

How do we match our resources to the things we said we need to do? One way is via what we call multinational approaches. This is not new at NATO. It is a way to share costs, create economies of scale, and, very importantly, improve interoperability. This approach also gives smaller nations access to costly capabilities that they might not be able to get on their own. Of course, multinational approaches are not a panacea. They face even more of the same challenges that other defense programs face. For example, they typically lack the national constituencies that many other national programs have. And, in my recent experience, it is often the NATO program that gets the axe when something has to be cut to meet a budget crunch, or to pay for operations. This risk is exacerbated by the fact that, due to the political processes involved and the complex industrial structures, these programs tend to be slow and, of course, the longer something takes, the more time it is exposed to the risks I just talked about—budget cuts, competing needs, and so on. Finally, there is the difficulty of balancing industrial equities and the desire of participating nations for an industrial share, with the necessity of quickly delivering a capability.

Speakers have already mentioned examples of what we are doing. The Full Operational Capability Plus (FOC+) is a lesser-known program: It provides deployable Communication and Information Services (CIS) in Afghanistan and has been contracted out to Thales. Having a contractor doing CIS in a war zone is a new experience for both of us. Both NATO and Thales have learned from this experience, and we have made a lot of progress. It has been a very challenging program.

Allied Ground Surveillance (AGS) is a critically important program. We are now very close to having a Program Memorandum of Understanding (PMOU) signed by all of the participants. This is good news. The bad news is that it has taken us much too long to get here.

The Strategic Airlift Capability is a better news story—it will take us just three years to go from a piece of paper to aircraft flying missions. Our first aircraft is ready and we will have two more very soon. They will be flying missions in Afghanistan by the fall of 2009. This story took a different approach, and has had a different result, because it involved purchasing an off-the-shelf capability. In many situations, especially facing urgent shortfalls, this might be the right way to go ahead, the right way to deliver a capability in the shortest possible time, but for some nations, the lack of industrial participation is a disincentive.

A very complex program that has not been mentioned is ALTBMD, the Active Layered Theater Ballistic Missile Defence Program. The Alliance is working with an industry team led by SAIC to put together this command-and-control backbone for a Theater Ballistic Missile Defense system. It could be the core of NATO’s contribution to a European missile defense system if the nations decide to have one. We are also working through industry, the NATO Industrial Advisory Group (NIAG), and through ACT initiatives to put together a conference on transatlantic defense industrial cooperation in the fall of 2009 to try to answer some of the difficult questions about how to make this work better.

WHAT WE NEED FROM EACH OTHER

In this context, what is it that NATO owes industry? I think we owe you a number of things, some of which we have been doing better on than on others. First of all, we owe guidance to all our nations, and we owe commitment from our own nations, to resourcing capability development and making decisions that prioritize the development of capability. This is something I think is appropriate to see mentioned in the Strategic Concept. I have the feeling that the trend right now is toward a shorter, less detailed Strategic Concept than the last one, but we certainly need to see in there a commitment to resourcing, to decision superiority, to deployability, interoperability, and all the key elements that NATO needs to carry out its missions.

Obviously, as the AGS example indicates, decision making and implementation can be improved. These are things that we simply do not do well enough. We are a large organization, now with 28 nations, and our organization is inherently complicated. If we talk about putting together complicated industrial structures, that is not going to be easy, but we need to be better at it than we are.

An important part of implementation, and I am focusing here on common funded programs that NATO buys as NATO kit for NATO use, is to improve and reform our acquisition process. I am working on proposals for how to do this that I hope I will have a chance to discuss with the new Secretary General when he takes office. Something we need to look at obviously is a faster process that includes more parallel processing than we currently have. Right now, we tend to wait till each runner has gone all the way around the track before passing the baton. We can do that better. We need to take a more structured and more transparent approach to risk management in programs, analyzing trade-offs, for example, the cost and capability required. We do a pretty good job with that, but I am not sure we do a good job analyzing the impact of time, the impact of delay. Getting things done 80% sooner would be a better solution to the war fighter’s needs, certainly in Afghanistan.

What do we need from industry to help us do this? One is patience in working with us while we continue to try to solve some of these problems. Another is flexibility in helping us solve these problems, because they are not all just NATO problems. We need flexibility in particular when we are trying to close a deal and when we are trying to finalize industrial procedure, because there is the temptation, by both industry and governments, to keep pushing the envelope and to try to get the best deal for your side. Getting the best deal for your side is completely reasonable. On the other hand, there is a point at which the risk of delay outweighs any argument for seeking additional advantage. As I told many national and industry representatives in the last year or so as we tried to bring AGS to closure, an extra 1% of zero is still zero, and we have been very close to zero a few times, in part because of delays that I think could have been avoided.

We also need your technical ingenuity, because this is something that, for the most part, we do not have, although we do have some very specialized and expert agencies. And we need you to help us structure programs in a way that increases the chances that they will work. If we create programs that look like a bumblebee-something that seems that it cannot fly based on the normal laws of physics-they will sometimes transcend the laws of physics and actually get in the air but, a lot of times, they won’t. So we particularly look at ways in which, instead of insisting that each program include an exact, decimal point industrial share for matching financial contributions, we can stretch and spread industrial share over a greater range of programs. That is something that would facilitate the structuring of programs, facilitate deciding on programs, and facilitate delivering them.

My last point concerns interoperability. Admiral Zappata and General Lather already mentioned it, but one of the things we concluded in the recent review on our interoperability shortfall, is the importance of engineering in interoperability from the beginning, not just adding it on at the end. A group at NATO, the NATO Industrial Advisory Group (NIAG), is looking now at how industry can contribute more to interoperability. The group recognizes that, from an industrial perspective, there may be times when there is an advantage to having less rather than more interoperability. But they are trying to find a way in which we can structure incentives so that interoperability becomes a good thing from industry’s perspective, and therefore industry has the incentive to create it.

In closing, we are working in many fora-the NIAG, with ACT Industry Day, and in a conference this fall on Transatlantic Defence Industrial Cooperation-to improve our cooperation with industry in order to come up with win-win solutions.