Bridging the Gap: The Role of NGOs in Promoting Development and Security 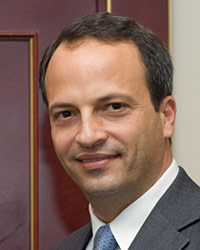 You may be wondering what an NGO like ours is doing at a workshop on global security. Some people refer to us as “tree huggers,” but the reality is that we are finally being recognized as an integral and essential part of the security arena. We have all heard of the “three D” approach—deterrence, defense, and development. There has been quite a bit of focus on the first two—deterrence and defense—but not much on the development side, which is a crucial aspect of stability. This is where we come in.

The need to put greater effort into development has already been integrated into the policy level. Now it has to be taken into action. We need to make sure that the development part actually makes it to the field and does not just remain at the policy stage. Our organization has been working in Afghanistan since 1984. This is where we started actually—in Afghanistan and Pakistan during the Soviet invasion—and we are still there. We have seen many events unfold and we have seen how our work has transpired. Frankly, we cannot continue to work in the way we have been working for the past eight years in Afghanistan. We have not succeeded collectively. We can do much better than this.

What we need is a common vision between the civil societies, the military, the policy makers, and the governments. This has been lacking. What is the end state? We do not have an end state. We have never focused on an end state. Even if we had done so, we probably would have had 10 different end states in mind. We need to have a unified goal.

It is also important to have clearly defined tasks and objectives. We do not need to be doing each other’s work. The NGOs should specialize in one domain, the military in another, and the private sector in yet another. As long as our actions are complementary and not duplicative, we can get the work done.

The “three D” approach has to be integrated, not only into our policies but also into practices. We have to recognize— the NGOs, the military, and the private sector—that we need each other and we have to learn how to work with each other in environments like Afghanistan. This is something that we have talked about over the past five or six years, most recently in Iraq. But we have not really taken it to the next level which is, let’s sit down and plan together. The blame does not fall only on the military or the Department of Defense side. The NGOs as well, the civil societies, have not been as outgoing as they should have been. They have not really reached out to the other party to say, let’s get to know each other, let’s talk.

We need to find new ways of doing things. Let’s be realistic: Not all NGOs are interested in working with the military. But not all NGOs are against working with the military either. Some NGOs are willing. This is something that we need to understand very well. Of course, association sometimes creates security risks for NGOs. So we need to be creative in our approach. We cannot keep on doing the same thing. What worked in Kosovo does not necessarily work in Afghanistan, it did not work in Iraq, and chances are it is not going to work in other areas, should we end up going there.

Sometimes we need to create a buffer between the NGOs and the military. Creating that buffer creates a level of comfort within the NGO community that could help us work more effectively and achieve the end state.

We need to bridge our cultural divide. We—by this I mean the civilian agencies and the military—have more in common than we believe we do. A few years ago we did an exercise at the marine university in Quantico, Virginia. The director asked us to list 20 things that we wanted from the military, and we asked the military to list 20 things that they wanted from the NGOs. Believe it or not, once we sorted out the acronyms and the differences in language and in the way of expressing our ideas, we had 16 things that we wanted in common. So let’s focus on these 16 things rather than focusing on the four things that we will probably never agree on. This is the way we need to move forward in order to promote civilian and military interaction.

We need to have frequent and meaningful exchanges. There are a lot of coordination meetings where in essence we sit down for two hours and we do not communicate. We do a lot of talking but we do not necessarily share essential and useful information. We need to change that. We need to trust each other and share knowledge that could be critical for our success.

We need to help the government provide services for its people. If you look around the world at some of the failures in countries in the Middle East and elsewhere, Hezbollah in Lebanon and Hamas in Palestine come to mind. The reason these groups have been so successful is because the government failed to provide some of the essential services. There was a gap and they took advantage of it. They have actually become a social network as well as a military arm. The same thing happened in Iraq with the Al Mahdi army. We need to learn from these experiences and do everything possible to help the host government achieve its goals and reach out to its people. In this way the people will appreciate that their government cares about them and that it is not just those military groups in their area who can supply assistance.