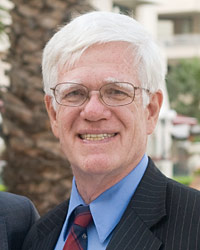 Our focus has the rather august title of “The Way Ahead.” I think we are not going to try to distill the extraordinary discussions we have had over the last couple of days but we will focus instead on some forward-leaning ideas. Before turning it over to the panelists, I would like to make two short remarks on two short points. The first is on unity of command; the second is on strategic communication.

In complex operations, under the comprehensive approach, you will include the military of many countries, civilian governments of many countries, business, civil society, NGOs, and others. Recognizing the importance of unity of command, I submit that you will never get unity of command among all these different players. What we need to get to is unity of action, so we need to rethink the concept of command and control in these environments since many of these entities will never subordinate themselves to traditional military command and control. In this area, I command the work of the DOD command and control research program in looking at alternative approaches. If any of you are interested, their website is dodccrp.org. One of the keys to this is sharing unclassified information beyond the boundaries of the joint military force with civil military mission participants. Unless you can communicate, collaborate, translate, and engage, with relevant populations in terms they can understand, you cannot achieve the social, political, and economic goals for which the military has committed blood and treasure. This cannot be considered a “nice to have” adjunct to the kinetic base of warfare, it has to be a core part of the planning from the beginning. In this vein, I would like to express appreciation to John Grimes for issuing a new DOD instruction in April that leans very far forward in the use of DOD information and communications to support NGOs, private volunteer organizations, international organizations, host populations, and others, in complex operations. It allows for example DOD bandwidth to be used by internet access to NGOs.

I would also like to offer in support of Global Impact, AFRICARE, International Medical Corps, NATO, anyone else interested, an international research project called Tides that is focused on sustainable support to stressed populations post-war post-disaster impoverished. It expressly addresses planning by public, private, civil, and military government and transnational entities including NGOs in the private sector, the sort of action General Joulwan called for. For those interested, Tides is helping to plan an approach to deliver essential services in Afghanistan, things that are important to the Afghans in their world.

The second and last point is strategic communication. There has been an extensive discussion today on the battle of the narratives. To win this, we have got to engage with people in terms they can relate to and understand that actions speak far louder than words. The problem is that if you look at the media over the past 36 hours, one would have to conclude that the most important thing that has happened in the world is the death of Michael Jackson, some grainy cell phone footage from some place undefined in Iran, and a couple of sporting events. So panel after panel have spoken of the importance of long-term Alliance commitments, and of the clarity of political pronouncements but in this environment, how do you effectively communicate complex messages to your and other people to get that kind of support? The way you deliver the message needs to get as much attention as the content of the message itself. Probably it is going to have to use some non- traditional means which could include social networking and even radical tools like Facebook and You Tube, and software which we may not feel comfortable with but which the rest of the world is increasingly using.

In a stable Afghanistan, internal economic activity and outside assistance should provide capabilities and services that are valuable to and sustainable by Afghans. Time is important since international interests will expect demonstrable success by the summer of 2012. This leaves less than three years to manage expectations, influence perceptions, and show recognizable progress.

Information and communication (I&C) are powerful forces that can contribute much to Afghanistan. Together with distributed, renewable energy, they can support essential services through a bottom-up approach that could be executed quickly, while being consistent with top-down national development strategies. Such services could include (but are not limited to):

Critical enablers of these services include: 1) distributed, renewable energy (microhydro, solar, wind, and perhaps local geothermal), 2) communications ranging from cell phone voice to text messaging to wide-band, high-speed internet, 3) information sharing to help non-traditional players, and 4) reach back support from experts outside the country to supplement those on the ground.

Nangarhar province would be an excellent location for a pilot project since it is relatively prosperous and stable, and has significant private sector capacity. Within Nangarhar the initial focus would be on Jalalabad, four district capitals, and 25 remote villages. Preparations so far suggest that useful services could begin this fall and scale quickly, if the effort is given priority. If judged successful, the approach could be extended to other provinces, combining Afghan and international efforts, and adapted to local conditions.

Four official actions are essential: 1) high-level Afghan, U.S., coalition and international support for the initiative, 2) encouragement of private sector engagement, 3) leveraging ongoing institutions like UNAMA, the National Security Program, and the Nangarhar PRT, and 4) the assignment of people from all stakeholders to begin planning. Rough resource estimates are being developed as a basis for further discussion. Planning teams should be identified by early July, with planning completed by the Afghan elections and adjusted for implementation in the fall. A more detailed proposal is available for review separately.