Dealing with the Crises in Afghanistan and Pakistan 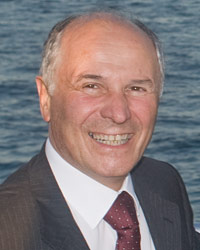 I am going to provide a brief overview of the Italian perspective and of our guiding principles regarding national participation in the peace support operation in Afghanistan, starting with the Italian Constitutional Charter and ending with specific terms of reference for our troops. I will also look at activities related to peace support, which Italy is particularly well-equipped for because of several important tools, such as the Carabinieri, who are a unique mix of military and police capabilities.

THE ITALIAN APPROACH TO NATIONAL SECURITY

In order to understand fully the Italian stance regarding the Afghan crisis, it is essential to sketch the general guidelines of our national security policy. After realizing that in the post-Cold War environment security is no longer automatically granted by membership in the Alliance, Italy revised its traditional role as a security-consuming country and embarked on an effort to become a security-producing country. Thus, since the early 1990s, Italian governments have pursued a number of policies aimed at reinforcing and linking the different multilateral organizations of which the country is a member, primarily the U.N., EU, and NATO.

Regarding NATO, Italy recognizes that, in the post-Cold War environment, NATO must take responsibility for out-of-area missions, be they for humanitarian reasons or, more concretely, to project stability around our borders. One of the consequences of this changed attitude has been that Italian governments have begun to play a much more active role within each of these organizations, thus becoming more visible and audible on the international scene. Today, Italy’s national interests are no longer vaguely defined by passive membership in these multilateral organizations (as was the case during the Cold War), but are instead identified by the active pursuit of policies aimed at shaping the future of these organizations in an effectively coordinated manner.

NATO is the central pillar of national security, and there is significant interest in preserving its credibility and confidence. The preferred Italian approach is to promote true burden-sharing among all participating nations, coupled with a requirement for equal dignity and capability for shaping Alliance policies.

In the last few years, Italy has demonstrated that it can provide a significant value addition in its approach to international crises and peace support operations. Traditional and cultural elements blend to focus special attention on niche capabilities such as military forces with police capabilities (our Carabinieri), CIMIC (Civil-Military Cooperation), the training of local security personnel, and security sector reform activities. This approach has been tested and refined through commitments in the Balkans, the Middle East, Iraq, Africa, and several other hot spots around the world.

To clarify Italy’s attitude, I need to provide some details about our Constitutional Charter. Article 11 of our Constitution clearly states that Italy rejects the use of force to solve international disputes; on the other hand, it defines the need to support the efforts of international organizations. This helps to understand the importance given to a U.N. Resolution as a required legal framework for any issue in foreign policy. This is also the reason why Italy has always acted as a very responsible contributor to world stability while sometimes interpreting armed conflicts in a fairly complicated way.

It is worth noting in this respect that the national stance regarding the management of apprehended and suspected people, mandated by the national penal code, refuses the death penalty and demands mandatory respect for human rights, limiting the ability of Italian peacekeepers to hand over prisoners to local authorities unless these standards are fully met.

Afghanistan is a test for NATO as an organization contributing to global security and concerned with stabilizing crisis areas outside the traditional Euro-Atlantic space. Since the very beginning, the government of Italy has strongly supported the idea that peace in Afghanistan depends not only on military means but primarily on a massive and coordinated effort of the political and civil realms.

We have therefore welcomed the development of the comprehensive approach. Security, in fact, must be considered a supporting function-a needed framework to enable institution-building and consolidation activities rather than merely being an end unto itself-and an area where the military can also significantly contribute to civil-military cooperation and reconstruction efforts.

This makes it necessary for the international community to have a multidimensional approach. From that standpoint, the Italian Armed Forces are committed to increasing their support of initiatives aimed at reinforcing the police sector and public order in general as well as civil reconstruction activities. Italy has been involved since shortly after 2000 in promoting political progress in Afghanistan after decades of civil war. And since the fall of the Taliban regime, Italy has always actively supported Afghanistan’s stabilization and reconstruction through military and civil assistance. Our country has led international community efforts, within the G8 framework, to strengthen Afghanistan’s government and justice system.

In terms of military engagements, Italy plays a major role in ensuring the security conditions necessary for reconstruction. We have been contributing significantly to EF and ISAF since 2002, and commanded ISAF between 2005 and 2006. Presently there are approximately 2,800 Italian troops deployed in Afghanistan, mainly in the western region, where an Italian general is in charge of RC-W. Reinforcements are also to be sent for the presidential elections. Our troops are fully equipped and supported by general purpose helicopters, A129 Mangusta attack helicopters, which have shown great effectiveness and operational flexibility, as well as RPV Predator A, tactical fixed-wing aircraft, and most recently Tornado aircraft in the reconnaissance role.

I would now like to clarify our position regarding the vexing question of national caveats. In any coalition, operational national caveats are inevitable, at least unless intelligence-sharing is limited and sometimes not fully reliable. This has been a central concern for the ISAF chain of command, and it is often called a major limiting factor in the daily planning of military activities. Italy used to put a geographic caveat on the employment of our troops, with a 72-hour warning to authorize out-of-area operations. A recent decision has reduced the warning time to six hours, transforming the caveat into a remark. We are ready to delete this remark as soon as we are allowed into the “four eyes” community.

Regarding our commitment to training the Afghan army and Afghan police forces, presently we have more than 200 army personnel involved in seven OMLTs, and we will increase the number of Carabinieri engaged in police force training up to 200 units. The Afghan National Army continues to make steady progress, increasing its capabilities while simultaneously conducting security and stabilization operations.

However, although there are a number of initiatives to improve police development, the Afghan National Police lags behind the Afghan National Army. In order to address this shortfall, NATO authorities have approved the establishment of the NATO Training Mission Afghanistan, which will encompass and coordinate the bulk of activities related to Afghan national security forces training, with specific attention to police training. Italy fully supports this new activity, which will result in a tremendous increase in capabilities of both the Afghan army and the police. Our experience in this field is significant, since it was acquired and honed in the challenging environment of Iraq, where Italy leads the NATO Training Mission-Iraq (NTM-I); in Kosovo, in favor of the Kosovo security forces; as well as in Congo and other theaters.

With specific reference to our engagement in region west, keeping in mind that the mission is to assist the Afghan Government in developing its own capabilities and providing security throughout the country, humanitarian and reconstruction efforts are a primary part of the engagement. ISAF contributes to the reconstruction of Afghanistan through Provincial Reconstruction Teams (PRTs), which combine both a military and a civil component. A distinct division of tasks has been established between the two, although they blend to achieve the final objective of supporting and advising the reconstruction of civilian society, establishing a normal living environment, and facilitating the activities of the Afghan Government and non-governmental organizations.

Additional activities undertaken by Italy’s armed forces are also unfolding outside the ISAF mandate. I specifically refer to the training of the Afghan National Civil Order Police (ANCOP), a program activated in cooperation with the U.S. Combined Security Transition Command-Afghanistan (CSTC-A) and executed with success in Adraskan by the Carabinieri. I would also like to mention the significant contribution made to the European Union police mission (EUPOL), with its Carabinieri and Guardia di Finanza, outstanding examples of the unbeatable contribution these police forces with military status can make in stability operations.

Regarding counter-narcotics initiatives, Italy well knows that growing opium is a primary financing source for the insurgency and that countering the narcotics trade is an essential part of a comprehensive strategy. In this arena Italian forces will be providing the maximum level of support to the Afghan authorities in their counter-narcotics activities. However, it is not compatible with our national policy to consider any element of the opium trade chain a legitimate military target.

In this brief overview I have tried to outline the Italian defense perspective regarding the delicate Afghan situation and to provide the general guiding principles of our commitment to this troubled Asian country. In summary, we perceive Afghanistan as a critical point for our collective security and we will therefore provide our best efforts as we continue to contribute our capabilities to help the international community stabilize the country and create the basis for a democratic and self-sufficient Afghanistan.

In doing so, our guiding principle will be the original objective of the ISAF mission, intended to support the Afghan authorities in achieving ownership of the governance process. It is quite clear that the path will be long and difficult, but I think we are on the right path to the continuing growth both of the nation and Afghan society.